When it comes to internet routers, there are hundreds of options available for people to buy from.

While every company plans to lower their prices competitively, some manufacturers prefer quality over feature elimination to cut price off.

Asus ac5300 and Linksys ea9500 ac5400 are among the two options available for the customers to manage networks and share data efficiently. This article will compare the two products and let you decide which one suits your usage. 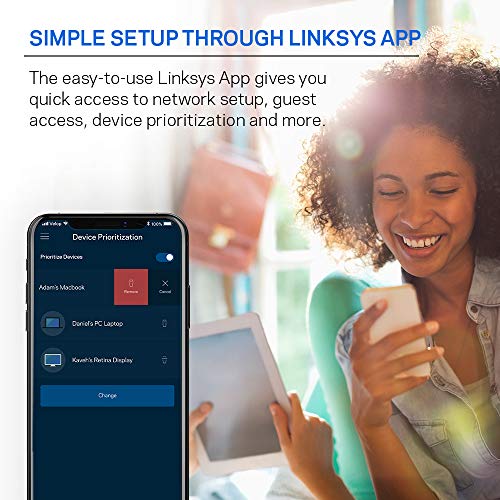 You would often see people struggling with the installation of the simplest of devices and drivers. Asus ac5300 and Linksys ea9500 ac5400 contain a very convenient mode of setup.

The user does not require a CD to get the router going. The Asus user interface involves a 3-step installation. Linksys, on the other hand, provides a detailed illustration available on its web app. 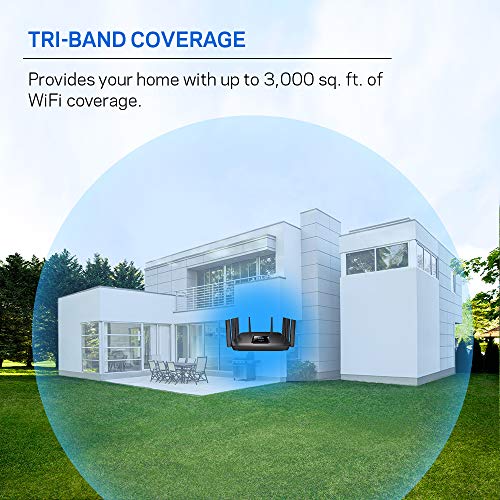 Both ac5300 and ac5400 offer uninterrupted access to the internet. The network can be established on either 5GHz band or 2.4GHz band simultaneously.

Each brand provides supportability for all kinds of internet devices whether they are old or new. There is an additional 802.11 support which boosts the coverage to 5000 square feet. 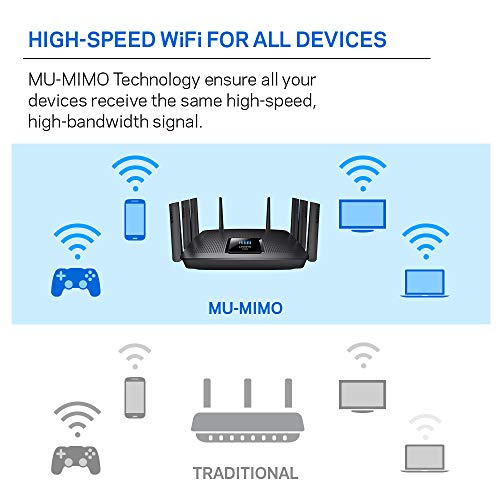 The new MU MIMO technology incorporated in both models enables the users to manage the networks easily. This feature makes online gaming easy and lag-free. Many professional gamers with a limited budget prefer using either one of the two models. 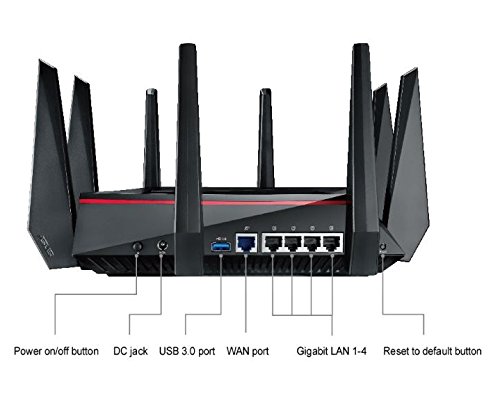 Asus ac5300 includes a USB 2.0 port at the left side along with a button that turns the LED indicators on and off. On the backside, the device contains a USB 3.0 port, 4 Gigabit Ethernet LAN ports, a WAN port, and a power button.

There are eight antennas which stand tall to expand the network range without much of an effort. Linksys ac5400 supports a similar 8 antenna structure with extraordinary ethernet connectivity.

The model holds 8 Gigabit ports alongside a WAN port. The greater number of ports enable the users to establish a larger network without any lag. There are two USB ports, 2.0 and 3.0 each. The USB 3.0 port connects heavy devices like hard drives etc. 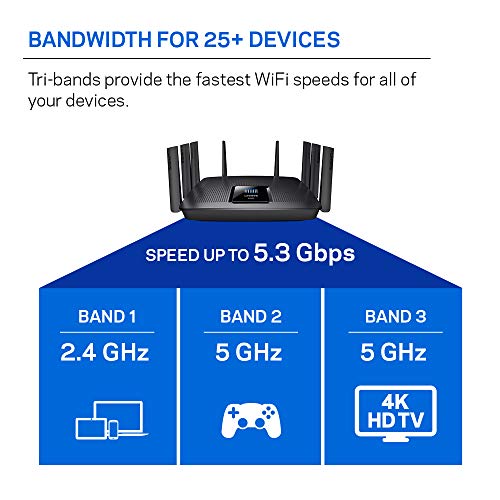 The connectivity is pretty easy and convenient for the users. Asus ac5300 comes with the Smart Connect feature that switches the connection between the two bands automatically.

The band chosen by the feature depends on the network load, signal strength, device compatibility, and network speed.

Linksys ac5400 has the Seamless Roaming function which extends the wireless range automatically when the user goes away from the router. This element saves you from the burden of switching the range manually (using the buttons or mobile app).

The dual processors allow the models to divide the network load upon two processors. The network management becomes easy. Many small and medium-sized entities manage their server on these routers.

The comparison that we made throughout the article shows that both the models are almost identical to each other. However, Linksys ac5400 contains additional ethernet ports with better range switching ability.

It is definitely a preferred pick for those who like to connect a larger number of devices on the network. The Asus ac5300 supports a WTFast Gaming Network that makes the model a more viable option for gamers and streamers.